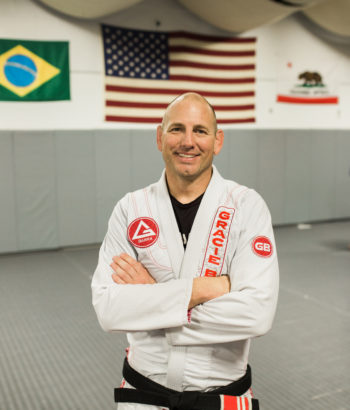 Professor Scott Carr is a black belt under Carlos Gracie Jr. He has been studying Brazilian Jiu Jitsu for over 15 years. As a competitor he has medaled in many competitions, such as Pan American, No Gi Worlds, American Nationals, North American and is currently still competing along with his team! Professor Scott continues to expand his training with several of the top Black Belt coaches in the community and has participated in MMA camps, Judo classes, Calvary Chapel wrestling with Coach Jacob Harman, and has fought in the cage. He has received his first stripe since becoming a black belt from his Professor, Mike Buckles. Professor Scott has an overwhelming and enthusiastic presence on the mats that initiate passion, hard work, focus and discipline.